World Connect is poised to deploy project funds directly to people in the developing world responding to COVID-19 challenges. Click to support our COVID-19 Response Fund. 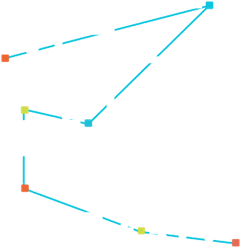 World Connect’s small staff follows the example of our project leaders. Nimble, efficient and tireless, they too prove that commitment matters more than size.

Carolyn Makinson was executive director of International Rescue Committee (IRC) UK and Senior VP for Europe IRC 2010-2014; executive director of the Women’s Refugee Commission 2004-2010; and executive director of MIT’s Center for International Studies 2002-2004. Before joining MIT, Carolyn spent 15 years as a program officer for population and forced migration at the Andrew W. Mellon Foundation. In these roles, she advocated for reproductive health services for displaced populations, for education in emergencies, for programs to prevent and respond to violence against women and girls in conflict zones, and for greater attention to the needs of displaced populations in urban settings.

Carolyn has lived and worked in Belgium, Burundi, Egypt, Guinea, Kenya, Mozambique and Rwanda. She studied Arabic for several years, spent a year living with an Egyptian family in Cairo, and retains a strong interest in the Middle East.

Carolyn has a PhD in Sociology and Demography from Princeton University. She is a member of the Council on Foreign Relations and a Commander of the Order of the British Empire. Currently, she serves on the boards of World Connect and Building Markets, and is a member of the advisory board of the Vitol Foundation.

Hafsat Abiola is the President of Women in Africa, the first international platform dedicated to the economic development and support of leading and high potential African women. She served as a member of the Ogun State cabinet where she pioneered the use of mobile phones to deliver cash grants to poor pregnant women to ensure their access to health centres for antenatal to post-natal care and worked on programmes to ensure inclusive growth to address high youth unemployment. Through her non-profit, the Kudirat Initiative for Democracy (KIND), she has worked to promote a groundswell of exemplary women leaders and build pathways to public service for them. Motivated by women’s strength, Hafsat believes that the challenges facing the continent of Africa offer opportunities for women’s leadership to emerge. She is one global councillors of the World Future Council; a recipient of several international awards, including the Vital Voices’ Public Service Award, Goi Peace Foundation Award, and the World Economic Forum’s Young Global Leadership community, her work is a tribute to her parents who lost their lives while leading the democracy movement that brought an end to military rule in Nigeria in the ‘90s.

Andrew Bedford is the 15th Duke of Bedford. He has been a supporter of World Connect's work since its founding in 2005. Andrew has run Bedford Estates since 1988 and Woburn Abbey since 2000. Andrew serves as Director of Tattersalls Limited, Woburn Estate Companies Limited, Woburn Enterprises Limited, and Jockey Club Estates. Andrew was educated at Heatherdown, Harrow, and Harvard, class of '84.

Glenda is a skilled professional in the area of large-scale organisational change and brings a wealth of experience from the not-for-profit and commercial sectors. She brings substantial board experience as the co-chair of the International Rescue Committee Overseers, where she served on the board for 12 years; co-chair emerita of the Women’s Refugee Commission, and US co-chair and board member of Tusk USA, which supports innovation in conservation in Africa. She also chaired the Board of Directors for the Northwest Connecticut Centre for Family Service and Mental Health. Glenda has worked in corporate executive roles for several large companies, including Millipore, and Reader’s Digest and the Andrew W. Mellon Foundation, which seeks to strengthen and defend the humanities and arts as central to the well-being of diverse, fair and democratic societies. Glenda’s consulting experience includes the restructuring of British Airways North America Sales and Marketing; the restructuring of the Human Capital organisation at the NY City Department of Education; and the roll-out of and related advocacy of research regarding race-sensitive admissions policies in colleges and universities.

Prior to joining Value Retail he was Co-Founder and Chief Financial Officer of PipingHot Networks, a broadband point-to-multi point fixed wireless business that was sold to Motorola.

He also worked in investment banking in the Media, Telecom and Technology corporate finance teams at Lehman Brothers, Alex. Brown and Bankers Trust in New York and London.

He served on the board of Camaieu (a French retailer). He is currently on the board of P.W Productions, the development board of the Royal Court Theatre, and is a member of advisory committees for HarvardX and the Harvard Program for Integrated Knowledge.

Mr Cabot holds an A.B. with honours from Harvard College and an M.B.A from the Yale School of Management.

Courtenay Cabot Venton is an international development economist. By demonstrating the relative returns of social and environmental interventions, she contributes to an evidence base for what works and what doesn't when it comes to reducing poverty worldwide. Courtenay's recent work demonstrates that, by responding proactively to some of the world's most pressing problems, we can not only avert human suffering, but we could also save billions of dollars – dollars that are critically needed to continue to support people's growth out of poverty.

From 2005 to the present time Ilia Tchelikidi founded and runs investment company United Capital Group. The company focuses on private equity investments and turn-around management of companies in economic and financial distress in Mongolia, Russia and Ukraine.

Ilia is a board member of IDS Borjomi, a mineral water producer in Georgia.

Ilia Tchelikidi received his MBA in Finance from the Wharton School of Business at the University of Pennsylvania in 1994 and undergraduate degree in in Mathematical Economics from Moscow State University in 1986.

Item successfully added to your cart